Referees shall be certified by the USSF and registered by MRC.

If you are interested in becoming a referee for the Old Colony Women’s Soccer League, please contact our Referee Administrator.

Referees may at any time ask for assessments by contacting the Referee Administrator to review his or her performance. 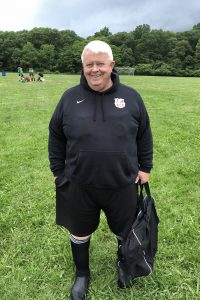 Authority: The referees shall be the sole judges on the field of play.

Rules of play: All referees shall be familiar with and honor the rules of play and the laws of the game as defined by F.I.F.A. unless otherwise noted in the OCWSL bylaws.